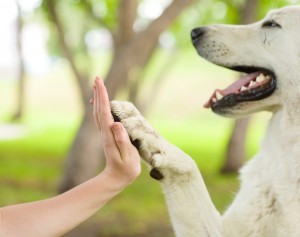 Your dog may be docile and friendly when around familiar guests, however, they may act out if they feel frightened or threatened. Some docile dogs will bite an unfamiliar guest when defending their owner, food, or puppies. You may think dog bites are uncommon, yet they account for more than one-third of all homeowners’ insurance liability claims. Homeowners’ insurance liability claims related to dog bites account for about $480 million in a given year. The average cost per claim related to a dog bite increased more than 45% from 2003 to 2013 given the increase in medical costs, size of settlements, judgments, and jury awards given to plaintiffs.

Being a responsible pet owner is the only way to prevent dog bite claims from affecting your life. Most dogs involved in dog bite claims can blame their owners for lack of training, irresponsible ownership and vicious breeding practices. Compiled is a list of the top 10 states for dog bites claims based on numbers from 2013.

As a dog owner, it is your responsibility to properly train your dog and avoid any unsafe situations. Take these tips into consideration to prevent a dog bite claim: